The majority of our matches are played with mixed teams of mostly triples which are friendly fixtures against neighbouring clubs. These are mostly played in the afternoon.

We also have a number of separate midweek ladies' and men’s matches and we participate in a number of midweek and weekend league competitions - see below.  These matches are played at various dates through the season, with mid-week matches being played in the evenings and weekend matches during the day.

We have a number of internal Club competitions each year, culminating with a Finals Weekend which is usually at the beginning of September.

Every year members are invited to enter singles, pairs, triples or fours for the following year’s SCBA competitions. Those succeeding in getting through a certain number of rounds qualify for a County Badge – a much sought-after distinction.

This is a group of friendly Clubs in North West Surrey who play in a number of leagues as follows:-

The club has entered the WSBA Saturday League this year (2021) for the first time. This is a men’s rink (4s) competition.

Looking for a new sport with a great social life?
Bowls is the answer!
Why not join us?
Contact Tony Banks: 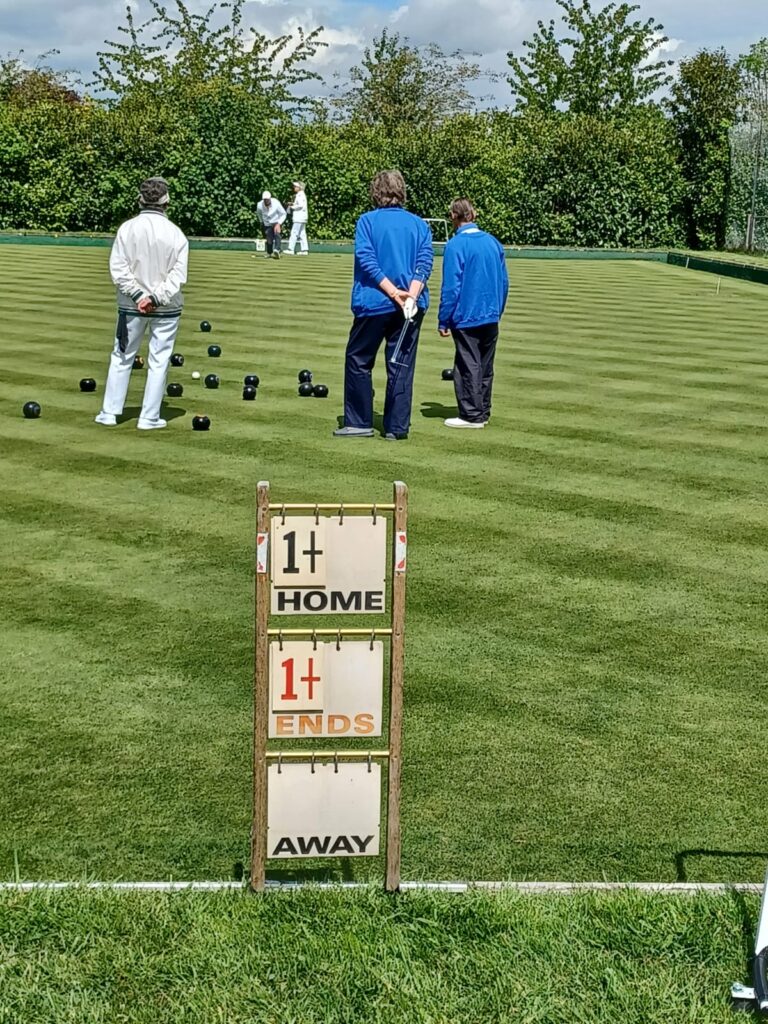